In the frame of Mladi levi festival.

Ana Borralho and João Galante, Portugal‑based interdisciplinary artists who usually work together, are coming to Mladi Levi for the second time. Their credo is that art is a part of society, its changes and its problems. That art has to be transformative and must have direct contact with people. In 2013, they staged Atlas in Ljubljana, together with one hundred locals of all generations and profiles – a map of life, the world, the destinies shaped by people with their own stories.

We always say that the youth are the future of the world, but they are rarely listened to. But Borralho and Galante will create a theatre situation where we will really listen to them. The performance will be made with the help of twelve local young adults aged 18 to 23. Speakers take turns in answering questions or challenges on the principle of Russian roulette. And if we are talking about happiness, we cannot ignore its antithesis – perhaps not unhappiness, but rather those formative experiences which can often be unpleasant, which leave a permanent mark, and maybe even pave the way towards happiness.

The performance will be in Slovene.

Link to the project: http://www.bunker.si/slo/archives/19653 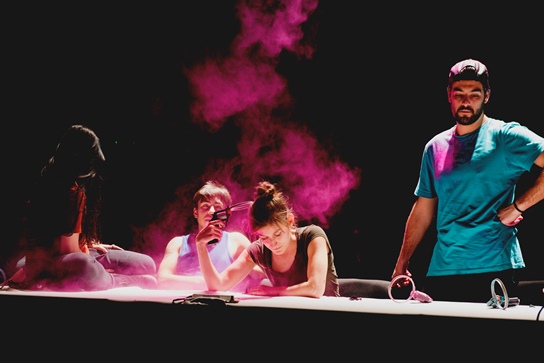